Conflict is Not in Kids’ Best Interest

Conflict is Not in Kids’ Best Interest 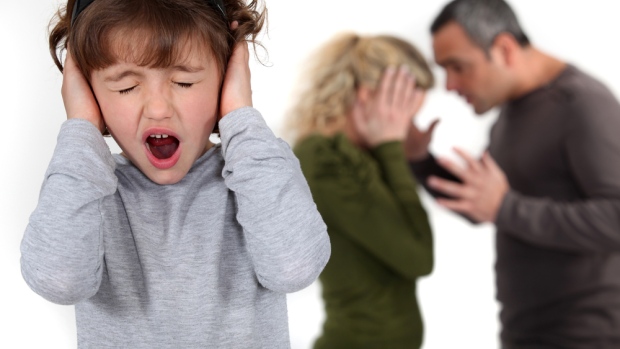 One of my kids can be pretty lazy. Okay, really lazy. It drives his dad and I crazy and we both want to help him get more motivated. We have pretty different ideas, however, on how to make that happen. We’ve had the same argument about it over and over and, in the end, have agreed to disagree. Now he tries his way and I try mine. Neither way has worked, but that’s not the point. The point is that it’s normal for parents to be in conflict over the best way to parent their children.

Obviously it’s also normal for divorcing parents to be in conflict over any number of issues, including how to raise their children. The good news is that most parents are able to emotionally disengage from one another over time and the conflict between them decreases. This allows parents to form a business-like relationship and effectively raise their children together, but separately. Children of these parents are only minimally impacted by their parents’ divorce because they are free to have an open, healthy relationship with both parents.

Some parents, commonly referred to as high-conflict parents, have a difficult time emotionally disengaging from one another for a variety of reasons. High conflict parents both love their children immensely, but usually have vastly differing views on what is best for the them. As a result, they continue to fight about every issue imaginable, ranging from what a child eats for lunch, to serious allegations of maltreatment and abuse.

Often the underlying cause of these conflicts is one or both parents’ belief that the other parent does not have the necessary skills and abilities to properly care for their children (Trinder, Kellet, & Swift, 2008). Even if these beliefs are true, and the other parent is deficient in some way, the children are more negatively impacted by the conflict than they are by the parent’s lack of parenting skills (Trider et al., 2008).

In other words, it is the conflict itself, not the parenting practices of either parent, that hurts the children.

The bottom line is that it’s nearly impossible to have enough time and energy to constantly battle against your ex and be an effective parent to your children. High levels of conflict between parents is often associated with less effective discipline strategies, harsh and inconsistent parenting styles, and decreased emotional availability of parents (Riggio & Valenzuela, 2011). Each parent should focus on doing what they believe is best for the kids while in their care, and allow the other parent to do the same.

If parents aren’t able to disengage from the conflict with one another, they put their kids at risk of developing serious, lifelong problems, including autoimmune disease, depression, substance abuse, and personality disorders.  Children of high-conflict parents suffer from these conditions at a higher rate than other children (Spillane-Grieco, 2000). Obviously this is good incentive for parents to try to more effectively manage the conflict between them.

If you, or someone you know, would like to learn more about how to best parent your children during and after divorce, Resolution Divorce Services is offering a free co-parenting class called Divided Parents, Whole Kids in Maple Grove on April 14. On-site childcare is provided. For more details, or to register to attend, please click on the “Classes” page of this website.

Bridging Parental Conflict® is a more comprehensive class taught by Joe Noble and Lori Thibodeau, two experienced clinicians helping kids and parents during and after divorce. This class provides valuable information to parents who may be experiencing sustained conflict, or are just beginning to forge a co-parenting relationship. The class is offered frequently around the Twin Cities for a reasonable cost. Please visit http://www.thebridgingcenter.com/bridging-parental-conflict for more information.